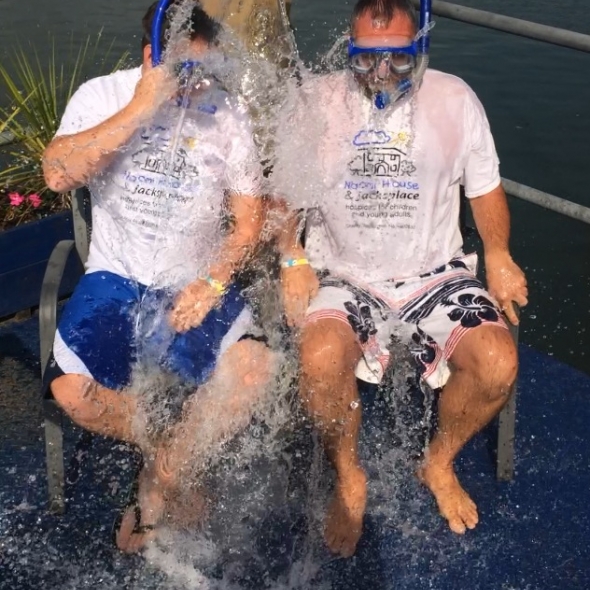 If anyone ever doubted the power of social media for charity campaigns, they need look no further than the results from the Ice Bucket Challenge. Pre-campaign, the MND Association would receive on average £200,000 a week in donations. From 22 to 29 August, it received £2.7m and in two weeks has raised the equivalent of almost 6 months income. Challenges are still being held and donations are continuing to be collected, but so far the charity has raised an outstanding £6m.

Undoubtedly, there hasn’t been a craze with this much celebrity involvement (even Homer Simpson had his turn) in a while, which definitely helped to kick the campaign off and gain momentum. With Facebook, Twitter, Instagram and Youtube feeds complying of hourly videos and #ALSIceBucketChallenge trending for days, there’s no denying the positive effect the campaign has had on raising awareness and vital funds for the well deserved charities.

We have donated to MND and chosen charity Naomi House & Jacksplace.