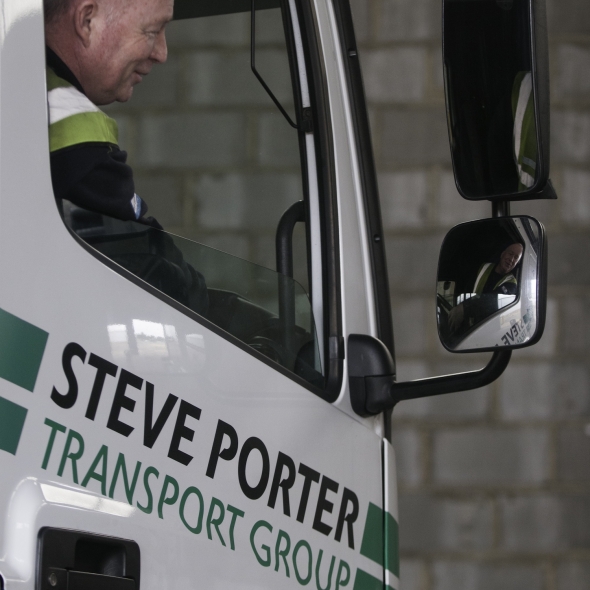 The Isle of Wight’s largest independent freight carrier, Steve Porter Transport, is joining forces with hauliers from across the South to prevent a looming recruitment crisis for drivers entering the industry.

Representatives from the region’s transport companies, academia, the insurance industry and local government have formed an Alliance to combat the ageing population of truck drivers. Issues discussed at a series of roundtable events include establishing a regional driving school, apprenticeship programmes, working with insurance companies on a new kitemark scheme, and improving the image of the industry to encourage more people to consider driving as a career option.

Managing Director of Steve Porter Transport, Malcolm Gibson, said: “Part of the problem of trying to attract people into the industry is the cost of training, which can be in the region of £2,000 to gain the relevant licenses. This is compounded by the extortionate cost of insuring young drivers looking to enter the industry.

“Here on the Isle of Wight we have a particular challenge in recruiting people because of our location. Through the new regional Alliance we are working hard to understand how we can address these issues and find innovative solutions before its too late.”

The recruitment of drivers is a national issue that is causing concern across the entire transport industry. The Alliance in the south is leading the way on this issue and is being closely monitored by national government.

To kickstart the project the Alliance has commissioned a detailed research project to identify the key issues affecting driver recruitment. The report will outline a series of findings and recommendations, which will then inform further actions by the group.