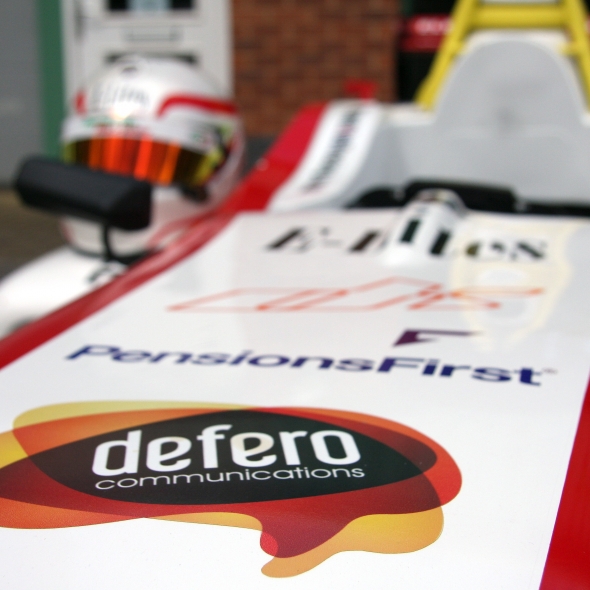 Defero Communications is proud to announce it will be sponsoring former British Karting Champion Matt Bell in his first year of Formula 4 racing.

The 22-year-old from Winchester joins the series on the back of a successful debut in the Radical Clubman’s Cup, rounding off an impressive season in which the talented driver secured six wins, six podiums and two new lap records.

Matt first started karting in 1999, winning multiple karting titles including the Super 1 National Junior Intermediates Championship in 2005. In 2007 he made the move to single seaters with the Formula BMW UK series competing in six races, before going on to compete in the BMW World Final.

Matt Bell Racing team is one of the few independent teams in this season’s F4 championship and is currently seeking further corporate sponsorship ahead of the 2013 season.

Defero Director Matt Trace said: “Here at Defero we are keen to support young talent, and Matt certainly has a bright future in motorsport. Defero is proud to be sponsoring this local champion and wish him great luck for the season and the future.”

To find out more about sponsorship opportunities for Matt Bell Racing please contact +44 (0) 7990 763103 or email matt@mbellracing.co.uk