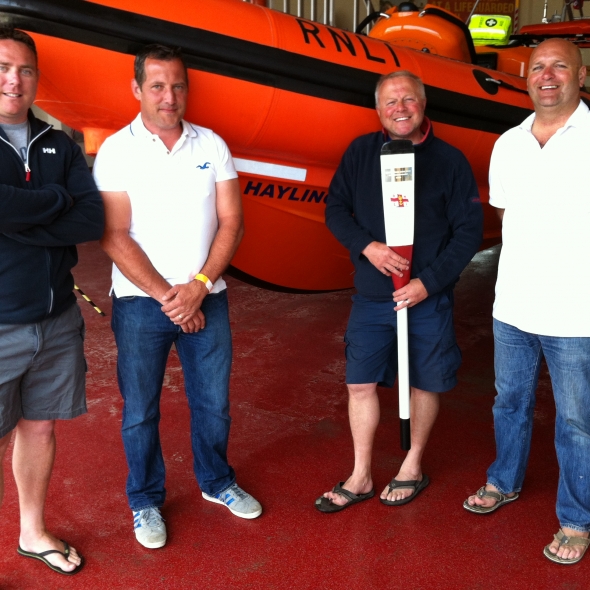 More than 40 kayakers, including a team of four from L&S Waste and Defero, took to the Solent to compete in the annual fundraising event in order to raise much needed funds for both charities.

Matt was joined by Mick Balch, Dominic Sales and Steve Kibbey from L&S Waste, to tackle the 15 mile round the island challenge. The L&S team contributed more than £2,000 towards the grand total of £4,000.

The team completed the challenge in an impressive 4 hours, battling the tough tide and weather conditions in order to reach the finishing line at the Hayling Island RNLI station.

Matt said, “Despite a distinct lack of training the team did extremely well to get round in one piece! But on a serious note we did manage to raise a fantastic amount of money for these two very worthwhile causes. I would like to say a big thank you to all those that sponsored us and special thanks to the RNLI and Hayling Fire Service for arranging such a well organised event, and we very much look forward to taking part again next year.”