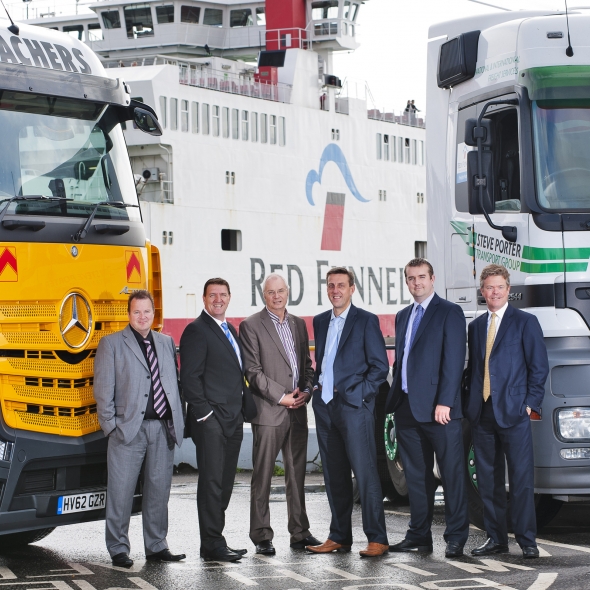 Defero has helped the Isle of Wight’s largest independent freight carrier, Steve Porter Transport, to win one of the transport industry’s most prestigious awards, beating off stiff opposition from national competitors.

Together with Southampton based Meachers Global Logistics, and Solent ferry operator, Red Funnel Ferries, the collaboration took first place in the Partnership category in the 2017 Motor Transport Awards.

Tansk to the award entry written and prepared by Defero, Steve Porter Transport and associates outshone a range of national and international brands that included Parcelforce, Screwfix, and Europe’s largest logistics provider DFDS.

The award focused on the organisations' formation of a Solent Alliance - an innovative and unique partnership facilitating smarter deliveries to the Isle of Wight.

The long-standing strategic partnership agreement was first established in 2012 to co-operate on the delivery of inbound and outbound freight from the Isle of Wight via Southampton.

Steve Porter Transport Managing Director, Malcolm Gibson, said: "Thanks to Matt and the Defero team for submitting an outstanding award entry on behalf of Steve POrter and our partners. There were 18 applicants for the partnership award and we faced some extrememly tough competition from the industry big boys. The feedback that we recieved was that many of the big industry players who were part of the panel were also impressed."

Defero also secured impressive coverage of the award shortlisting and eventual win, in the regional news and industry trade press. Gibson continued: "This award win and subsequent media coverage secured by the Defero team has helped to cement our partner relationships while gaining valuable recognition for the firm at a national level."