Metsä Wood’s Plan B for Germany: Constructing the Reichstag from Wood 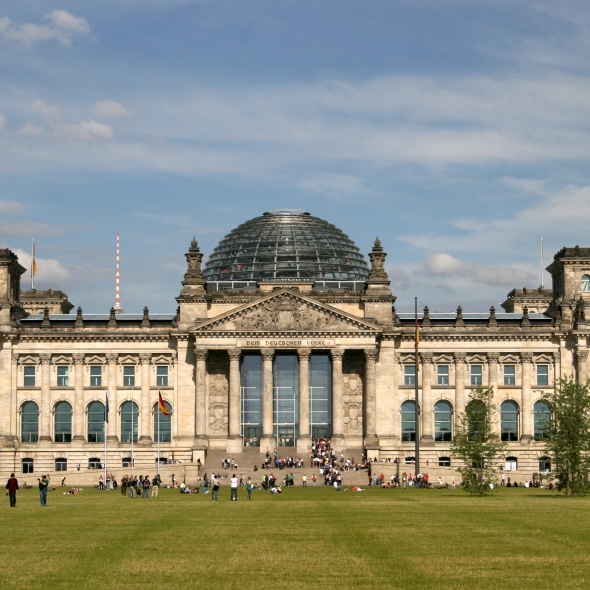 In the Plan B project, Metsä Wood explores the possibilities of wood by planning how to construct iconic buildings out of wood. The third case is the Reichstag, the home of the German parliament. The design was created together with Metsä Wood’s customer and partner, the leading German timber construction company FH Finnholz, specifically their construction engineer Andreas Rutschmann.

“Wood construction is the ideal way to both battle climate change and house a growing urban population. As a large part of the German Parliament’s work is about environmental legislation, it really makes sense that its home is as sustainable as possible. It was great to hear that Plan B will be presented to the parliament’s department of Energy policy”, said Andreas Rutschmann.

As the Reichstag is a combination of different styles, this historical reconstruction with wood poses three different technical challenges; the entrance with wooden columns, the wooden dome structure and the wood frame office. Kerto® LVL engineered wood is light, fast to design and construct, as well as the most green of building materials.

“Rethinking the Reichstag was a fascinating project that allowed us to test the versatility of engineered wood on an iconic design that combines styles from different decades. Kerto can easily meet the different demands of high-end, industrial and office architecture. If the Reichstag would be constructed out of wood today, it would easily be awarded the Golden Certificate (DGNB)”, said Senior Vice President of Building & Industry Jari Tikkanen.

Few buildings have gone through as many changes as the Reichstag. The original building was finished in 1894 and it housed the Imperial Diet until 1933 when the building was severely damaged by a fire. The building was reconstructed after the German reunification in 1990 and it became the home of the German parliament in 1999. The world-renowned architect Sir Norman Foster led the reconstruction.

In addition to the Reichstag, designs for the Empire State Building and the Roman Colosseum can be found on Metsä Wood’s website. More designs will be published later. http://www.metsawood.com/planb.