Virgin Airline’s behaviour did not fly well with passengers

06 February 2015 by Lucie Chilton in General 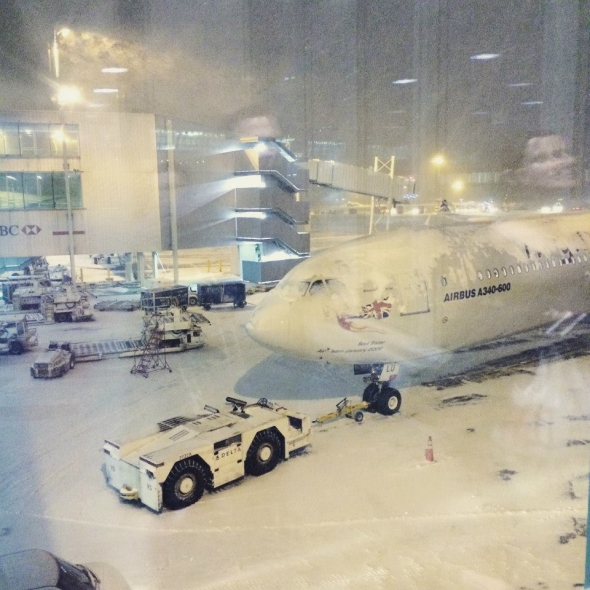 On Tuesday the 27th of Jan, I was one of the unlucky few to be stranded at JFK airport due to the effects of Storm Juno.

As a recent graduate, I’ve studied my fair share of crisis communication and I can say that when it came to it, Virgin did not deliver.  Although the airline tried their best to get us back to Heathrow safe and sound, the process turned more into a crisis and less like the heroic journey home through the storm we hoped for.

After being stuck on the run way for over 6 hours, with various de-icing attempts and dealing with a medical emergency, the Pilot regretfully declared the plane would not take off due to a technical issue, leaving passengers stranded in a closed airport. Queue big groans echoing throughout the plane.

You only had to look out of the airport window to be able to predict that along with the other 90% of planes, this one was not going anywhere. However the communication that entailed wasn’t dealt with well, despite what we all knew, the airline took hours to concrete this thought. Afterall, if the storm is big enough to have its own hashtag, you know it's a big one!

In a crisis situation, the CIPR state the best practices for a crisis response include:

As a global brand, Virgin Atlantic clearly were not going to give a deadly ‘no comment’ and provided a detailed statement:

Virgin Atlantic said staff were "doing everything we can to ensure passenger comfort during this time. The aircraft was due to depart when a passenger required urgent medical attention and returned to the terminal. Subsequently we de-iced the aircraft again and unfortunately it then developed a minor technical issue. Once this issue had been rectified, unfortunately the bad weather combined with the cabin crew running out of hours meant the aircraft was unable to take off. Due to the severe weather in the region, there is a road travel ban and therefore customers are unable to leave the airport."

However, expected updates every 30 minutes (like the airline promises on their Tarmac Delay Plan) came much less frequently and in the airport passengers were left to find a suitable (floor) space to sleep and only armed with a $15 food voucher (not the comfort Virgin had ensured).

All in all, Virgin Atlantic didn’t seem to deliver the crisis communication that’s expected of the normally reputable brand. Let’s hope they’ve learnt for the future and fly through the next crisis.

Luckily, we specialise in crisis control. If you ever need to avoid Virgin's mistakes, get in touch.