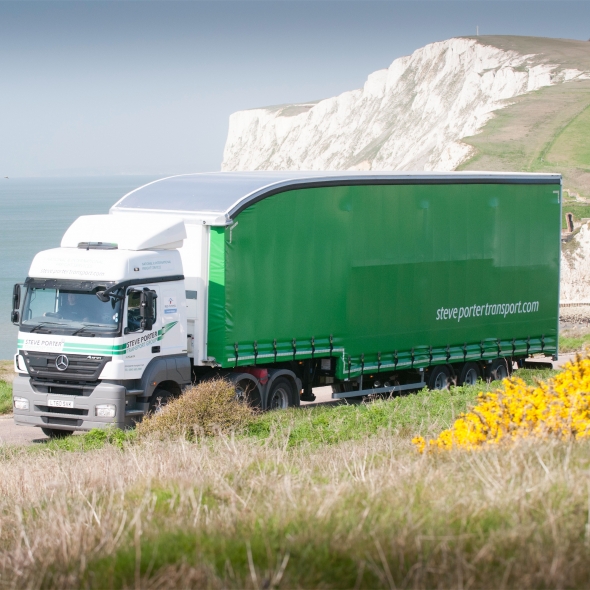 The Isle of Wight’s largest independent freight carrier, Steve Porter Transport, has announced a record Summer with overall revenues up by more than 15% for the first quarter of the year (May-July).

The encouraging news is attributable to a significant increase in its unaccompanied 'drop trailer' service between Southampton and the Isle of Wight. During the past 12 months Steve Porter’s drop trailer volumes have increased by more than a third (37.7%) due to additional contract deliveries.

Steve Porter Transport Managing Director, Malcolm Gibson, said: “We have enjoyed our best ever Summer in our 33 year history on the Isle of Wight. In August alone we moved almost 1,500 trailers, which represents a record month and is a good indication of the growing popularity of the service.

“It’s a unique service that we offer to Island based businesses and is proving increasingly popular with clients, which include a growing number of supermarkets, retail outlets and the popular Bestival event.”

The drop trailer service is predominantly aimed at those businesses who have regular, multiple loads and who do not want to tie up their valuable vehicle and driver resources travelling across to the island. Full trailers are 'dropped' by the customer at either Steve Porter’s depot or the ferry port and, once the goods are delivered on the Isle of Wight, the trailer is re-instated for customer collection.

This is a cost effective and efficient system that benefits the customer with operational advantages being available with off-peak crossings.